Women, Action and The Media, Board Member

Coalition for Women in Journalism, Advisory Board Member

Center for Democracy and Technology, Advisory Board Member

No Bully, Advisory Board Member​

In This Together Media, Advisory Board Member

Soraya Chemaly an award-winning author and activist. She writes and speaks frequently on topics related to gender norms, inclusivity, social justice, free speech, sexualized violence, and technology. The former Executive Director of The Representation Project and Director and co-founder of the Women’s Media Center Speech Project, she has long been committed to expanding women’s civic and political participation.

Soraya is also the author of Rage Becomes Her: The Power of Women’s Anger, which was recognized as a Best Book of 2018 by the Washington Post, Fast Company, Psychology Today, and NPR and has been translated into multiple languages. She is a contributor to several anthologies, most recently Free Speech in the Digital Age and Believe Me: How Trusting Women Can Change The World.  Soraya is also a co-producer of a WMC PSA highlighting the effects of online harassment on women in politics in America.  Her work is featured widely in media, documentaries, books, and academic research. As an activist, Ms. Chemaly spearheaded successful campaigns challenging corporations to address online hate and harassment, restrictive content moderation and censorship, and institutional biases that affect free speech.

Soraya currently serves on the national board of the Women's Media Center and is a former board member of Emerge America, Women, Action and The Media, and the DC Volunteer Lawyers Project. She has also served on the advisory councils of Trajectory Women, Women in Journalism, the Center for Democracy and Technology, VIDA, Secular Woman, FORCE: Upsetting Rape Culture, No Bully, and Common Sense Media DC.

In 2013, Soraya won the Association for Education in Journalism and Mass Communication’s (AEJMC)'s Award for Feminist Advocacy and the Secular Woman Activism Award. In 2014, she was named one of Elle Magazine's 25 Inspiring Women to Follow in social media, and, in 2016, the recipient of the Women’s Institute for Freedom of the Press’s Women and Media Award. In 2017, she was the co-recipient of the Newhouse Mirror Award for Best Single Feature of 2016 for an in-depth investigative report on free speech and social media, and a Wikipedia Distinguished Service Award for exemplary contributions to the advancement of public knowledge and educational content. In 2019, she was awarded the Feminist Press’ Feminist Power Award.

Prior to 2010, Ms. Chemaly spent more than fifteen years as a market development executive and consultant in the media and data technology industries. After several years in market development at the Gannett Corporation, she moved into the data tech sector at Claritas, ending her tenure there as SVP of Marketing Strategy. 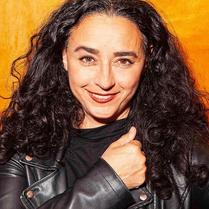